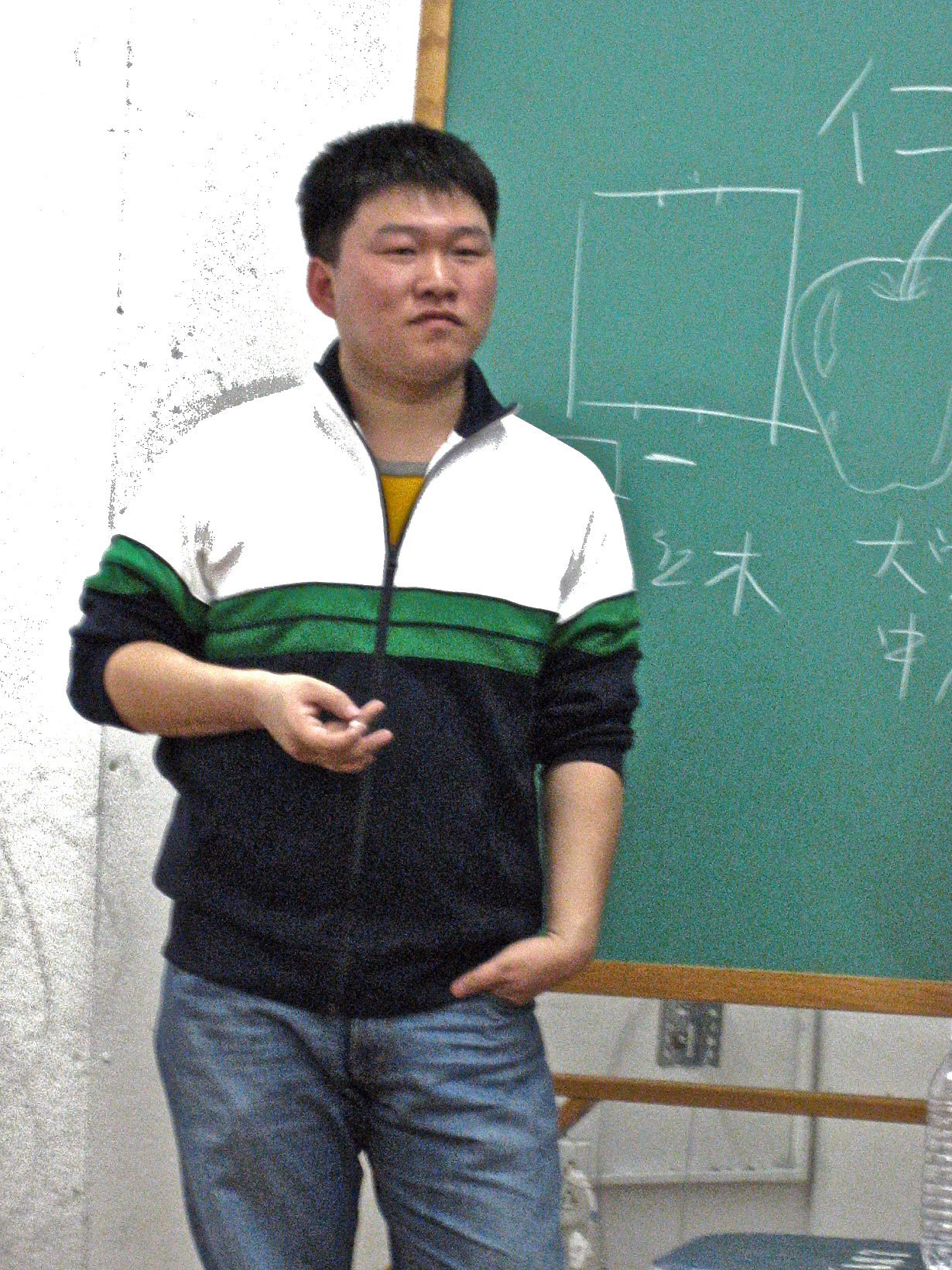 Last Thursday, the School of Art was visited by Da Xiong Guo, the world-famous Chinese comic artist who was freed from imprisonment last year. In 2008, the Chinese Communist Party arrested Guo because they found his artwork offensive.

Guo’s work has the power to summon nationalistic pride and mystery — and when his work strayed from iconic Chinese idols to present-day figures of the oppressive Chinese government and the proletariat, he was tortured for his free speech and liberal notions. After two arduous months of waiting, Guo’s friends in China and the U.S. finally came to his rescue. Guo now lives in New York City with his wife.

As soon as he walked into the art studio, Guo immediately appealed to his fellow artists. He picked up a piece of chalk and asked one of the students to draw an apple. As a way of explanation, he said that when he was three years old, his father had asked him to draw an apple.

Guo said he didn’t want to draw the apple, so his father drew one and asked Guo to copy it. Guo drew the same apple, but added a few more truthful embellishments that his father’s less artful eye overlooked. Guo fell in love with art, and since that moment has always sought to truthfully and magically represent the world around him.

After graduating with a degree in commercial design from the Jilin Art Institute in China, Guo began working as a reporter because he feared that the arts would not support him financially.

He soon quit journalism, though, finding he could never report the truth and was often misguided by a repressive Communist agenda. In 1999, Guo worked as a chief illustrator for his own studio, Qicartoon Studios. In 2000, he was awarded first place in the prestigious Shanghai Animation and Comic Competition for his comic series called “Chinese Ghost Stories.”
This comic represented a traditional Chinese legend in an exciting and new comic aesthetic. The work was a hit with all age groups. Guo’s work carries a certain geist, or spirit of the people, and he has published over 100 titles, which have been distributed in China, Japan, Taiwan, Europe, and the U.S.

Despite his international success, Da Xiong expressed that he wasn’t clear about what the American comics market really wants. He spoke about the heroes in American comics — Superman and Batman — and how these characters celebrate the American protagonist: a “manifest destiny” go-getter with an aim to protect the public.

However, they’re not rooted in much of a reality. America may have its heroes — John F. Kennedy, Barack Obama, Thomas Jefferson — however, these characters hardly resemble the emperors of China.

American culture dominates the world and infects other nations with popular items like McDonald’s and Mickey Mouse. However, American culture is still new. Chinese culture, on the other hand, is thousands of years old, and its heroes have the added benefit of being able to represent the Chinese at large. Its history is closely intermingled with mythology. Guo’s work calls upon the mythical and iconographic national identity of China. Using the contemporary language of comics, Guo has invited the Chinese youth to rediscover their rich identity and past.

Guo illustrated the Chinese emperors in Chinese Classics - 36 Tactics, and in another series, he represented Chinese philosophers. Each character represents a certain personality and serves as a parable for contemporary audiences. In a nation artistically and politically stripped, Guo’s works provide a didactic metaphor for each and every citizen.