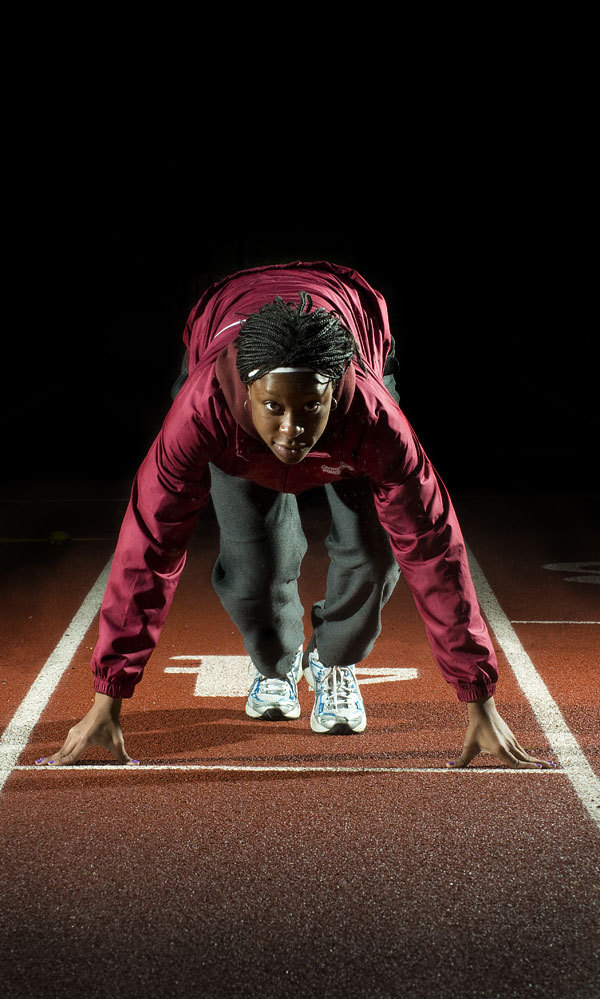 Breaking the Carnegie Mellon triple-jump record as a first-year, Ivana Moses has already made her mark on the school’s track and field program. Moses is no stranger to holding records, as she is revered in her high school’s hall of fame at Phillips Exeter Academy and has records in the triple jump and 55-meter dash, along with being a gold medalist in 2007 and a silver medalist in 2008 in the triple jump in the New England Prep School Track Association. Moses plans to keep her goals high and has her sights set on excelling in the 100- and 200-meter dash races during her collegiate career as well.

With the Olympics as a big influence on her love for the sport, Moses has also been interested in volleyball because of the supreme competition that Olympians provide. Moses regards professional sprinter Allyson Felix, who won gold at the 2008 Beijing Olympics for the 4x400 meter relay, as one of her idols in the track and field world. Once Moses finishes her career at Carnegie Mellon, she hopes to be able to keep competing with a local track club and to stay involved in the sport by helping to coach at a Boys and Girls Club or neighborhood school track teams.

While away from the track, Moses stays busy with school work as she focuses on a degree in economics. Academics aside, Moses maintains several hobbies, such as photography, listening to music, and dancing. As far as a favorite music choice, rhythm and blues and hip-hop artists of the 1990s are at the top of her list.

“I grew up listening to them and enjoyed the true emotion and creativity in their music. For me, it’s the best music to get me ‘in the zone’ for a race,” Moses said. Her interest in dance can be seen in her past involvement with her high school’s step team and in watching dance competition television shows, such as FOX’s So You Think You Can Dance?

Moses’ hometown is New Rochelle, N.Y., and while she chose to attend college away from home in Pittsburgh, Moses would like to live in New York after she graduates to pursue a corporate career. While she is here, Moses has been making the most of the life of a Carnegie Mellon student, attending meetings and events held by student groups that are dedicated to spreading diversity awareness. A member of SPIRIT and ASO (African Student Organization), Moses is taking the opportunity to experience aspects of the diversity that this university has to offer.

With her success so far, Moses is someone to watch for in her future endeavors as a Tartan scholar-athlete. The track and field outdoor season is underway, and the team looks ahead to its upcoming meet this Friday and Saturday at Washington & Jefferson College.