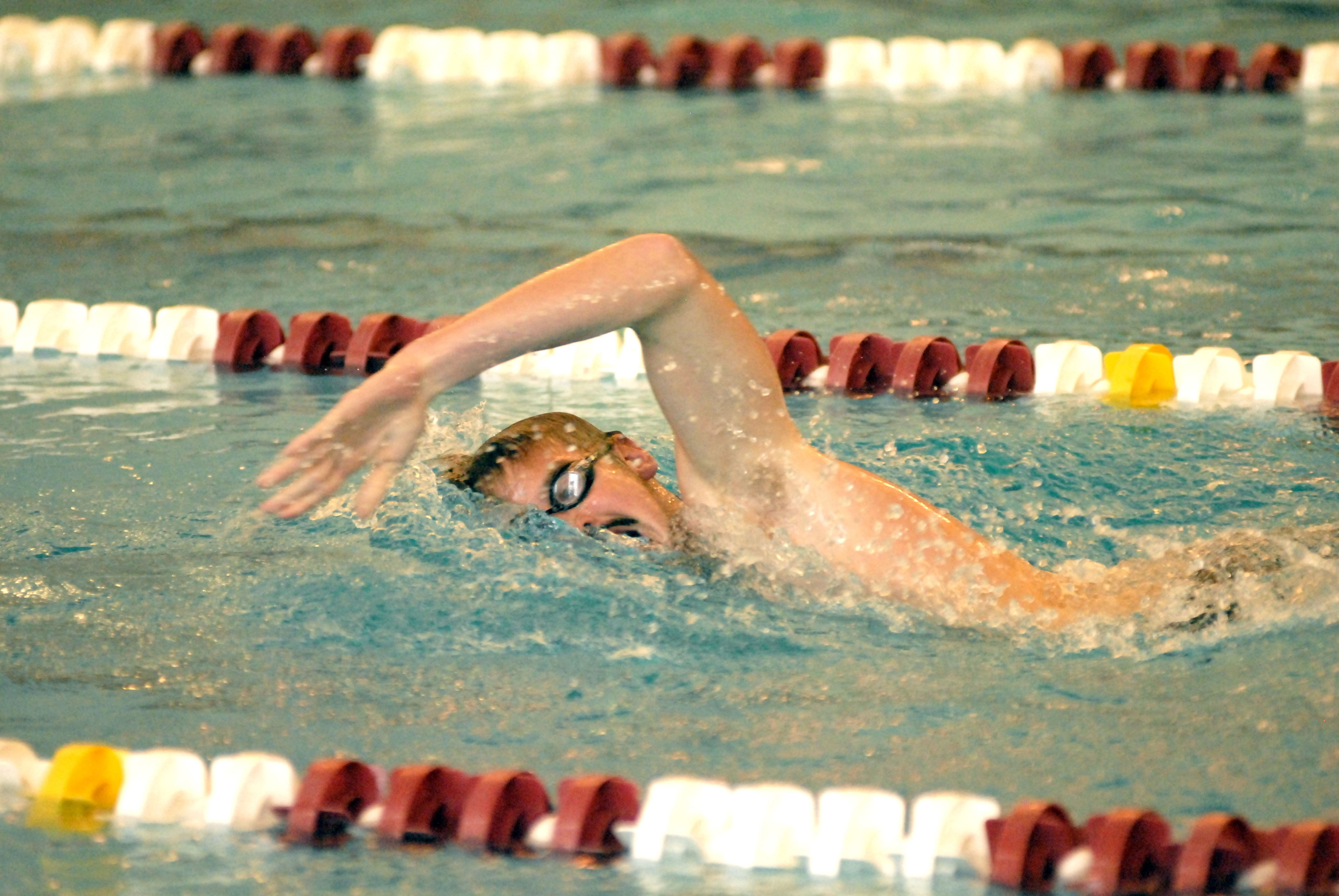 Last Wednesday, Evans competed in the 500-yard freestyle and finished fifth in the finals heat with a time of 4:54.34. She shaved off three seconds from last year to break the school record that she set the year before. Evans’ speedy swim awarded her an All-American title. This marked the third time she has earned All-American recognition and the first time for the 500-yard freestyle event.

Winkler had a strong performance in his first NCAA championship appearance receiving All-American Honorable Mention. Winkler finished eighth in the consolation heat of the 500-yard freestyle with a time of 4:34.58.

Last Friday, Evans competed in her second event, the 100-yard backstroke. With an outstanding time of 57:48, she finished third in the consolation heat, earning her All-American Honorable Mention. Henderson and Seo both competed in the 100-yard breaststroke to finish 19th and 37th, respectively. Henderson touched the wall in a time of 57.03 while Seo recorded a 58.41 finish.

During Saturday, the last day of the championship competition, Evans received her second All-American Honorable Mention of the weekend with a first-place finish in the consolation heat of the 200-yard backstroke. Evans finished with a season best time of 2:02.76.

Hanson also hit the water on Saturday to compete in the men’s 200-yard backstroke with a time of 1:56.21 to take 36th place. Seo and Henderson finished 20th and 24th in the 200-yard breaststroke with times of 2:04.65 and 2:05.40, respectively. With three swimmers in the 1650-yard freestyle, the Tartans had a successful final day. McConnell earned All-American recognition with a fourth-place finish in a time of 15:29.76. Winkler and Altman-Kurosaki followed finishing 14th and 22nd. The 14th-place finish earned Winkler his second All-American Honorable Mention of the championships.

The NCAA championships marked the end of a successful season for the Tartan swimmers.