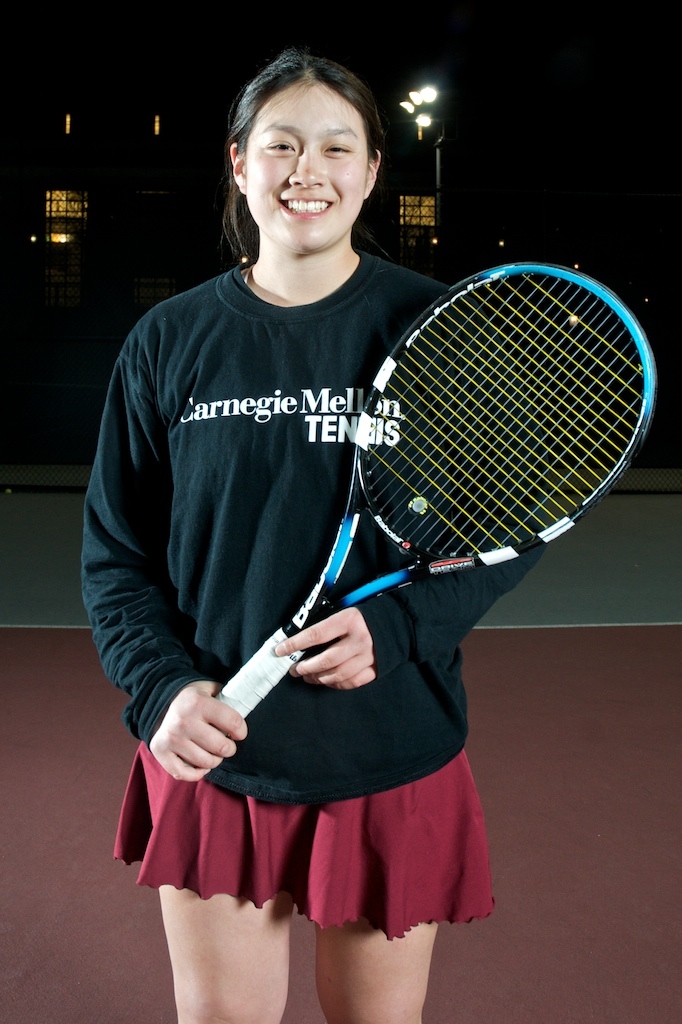 Recently honored as the University Athletic Association Women’s Tennis Athlete of the Week, first-year Courtney Chin has been an asset to the program’s impressive performance so far this season. Competing in both singles and doubles matches, Chin maintains winning records as the Tartans tennis team finishes out a handful of regular season matches before conference and national playoff competition begins at the end of April.

Chin is in the College of Humanities & Social Sciences working towards a major in economics, and is a fellow writer for The Tartan. Chin, like many other student athletes at Carnegie Mellon, saw the opportunity of attending this university as a way to focus on a prosperous academic career while also being able to continue a career in the sport that she loves. While free time may be devoted to studying and catching up on sleep with a more demanding course load, Chin is reaping the benefits of a successful tennis season while in her first year at Carnegie Mellon.

A self-declared fruit fanatic, Chin also enjoys pasta dinners before matches and tournaments to keep up the high energy level that tennis requires. Living the life of an athlete has been guided by wise advice and comfort from her family, especially her dad who she regards as her biggest influence and inspiration. This guidance has proven to be a helpful part of the equation given Chin’s ability to balance academics and athletics successfully. Even if sometimes she wishes she had the ability to freeze time, to prepare for matches, prepare for classes, or even just to tidy up her room, Chin is managing and enjoying the life of a student athlete.

Chin is a native of Cupertino, Calif., and hopes to return to her roots after earning her degree. While pursuing a career, Chin expects tennis to always have a prominent role in her life. Part of her positive experience playing tennis in college has come from her teammates. “Tennis is so much more fun when you get to cheer for your teammates while also having support from them during tough matches,” Chin said. “I have a lot of great memories so far from the team, and I’m looking forward to even more memorable ones to come.”

The women’s tennis team is currently ranked third in the nation after they won the Intercollegiate Tennis Association National Team Indoor Championship earlier this month. After defeating nine nationally ranked teams, Chin and the rest of the women’s tennis team are well-equipped to continue this auspicious trend. Up next is a home match against the University of Pittsburgh this Wednesday at 4 p.m. on the campus tennis courts.