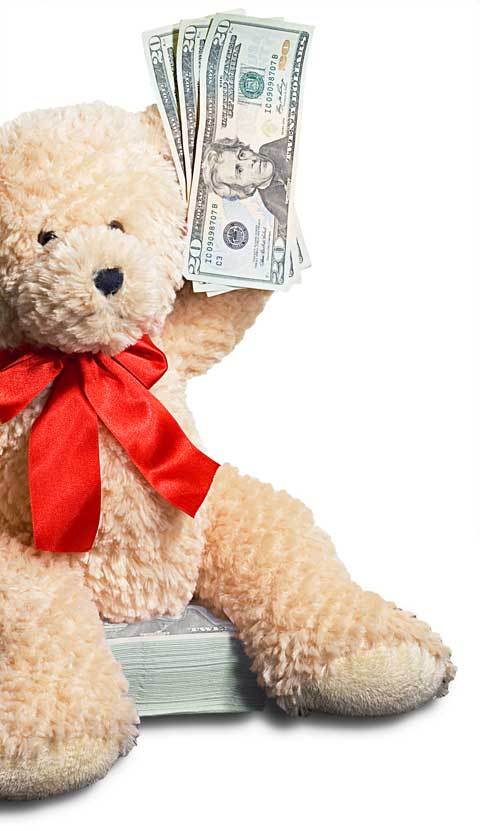 Carnegie Mellon lost nearly $50 million to two money managers who spent a chunk of the cash on teddy bears and other luxuries, according to a Securities and Exchange Commission (SEC) lawsuit filed last Thursday. The potentially irretrievable 5 percent loss to the endowment’s value hits the university in a year already expected to produce significant financial setbacks due to global recession.

“We do not yet possess sufficient information to estimate with confidence the likely timing or extent of our potential recovery of our investment,” said Carnegie Mellon President Jared L. Cohon, in an e-mail statement last Thursday.

Federal authorities arrested and charged Manhattan’s Westridge Capital Management firm operators Paul Greenwood and Stephen Walsh last Wednesday for misappropriating over a half-billion dollars from Carnegie Mellon, the University of Pittsburgh, and other investors, according to the SEC complaint. Carnegie Mellon and the University of Pittsburgh, who together invested over $115 million with the firm, had already filed a lawsuit against Westridge with the United States District Court for the Western District of Pennsylvania on Friday, Feb. 20.

“This investment [with Westridge Capital] was ‘highly recommended’ to the university by one of our external consultants, Wilshire Associates Incorporated,” said Teresa Thomas on behalf of the university’s Media Relations in an e-mail.

“These consultants are retained by the university to, among other things, provide expertise and perform substantial due diligence, including with respect to operational, systems and strategic aspects of the investments they recommend,” Thomas said.

According to the Commodity Futures Trading Commission lawsuit, filed in the U.S. District Court for the Southern District of New York on Feb. 25, Greenwood and Walsh misappropriated approximately $553 million of approximately $1.3 billion in overall pool participants’ funds. They used new pool participants’ funds to cover up prior losses, and used over $160 million for personal expenses, including rare books at auctions, horses, collectible Steiff teddy bears bought for as much as $80,000 at various auctions including Sotheby’s, and a $3 million residence for Walsh’s ex-wife, Janet Walsh.

“He’s done wonders for the town; this is a very tragic situation,” said Cynthia Curtis, chairman of the local planning board in North Salem, N.Y., of Greenwood to The Wall Street Journal. Greenwood serves as the affluent, rural, 5000-strong Westchester County town’s supervisor, the equivalent of mayor, according to The Journal. He and Walsh are also ex-owners of the New York Islanders hockey team.

Westridge Capital’s malfeasance follows months of mounting and interrelated financial catastrophes contributing to a gloomy investment climate for the university, from Bear Stearns’ collapse to Bernie Madoff and Robert Stanford’s billion-dollar Ponzi schemes, through bailouts and stimuli, multi-trillion-dollar budgets, credit crunches, and housing crises. Cohon predicted in a Jan. 23 statement to the campus community a 30 percent decrease in endowment value due to global recession, with slow recovery thereafter.
The message came three weeks before the National Futures Association (NFA) alerted the university that it had suspended Greenwood and Walsh’s membership to its regulatory organization due to their failure to cooperate with an audit. Carnegie Mellon then contacted the NFA, the SEC, and the Commodity Futures Trading Commission for assistance, and asked Westridge for full redemption of its $49 million investment with the firm. The Pittsburgh Post-Gazette reported on Friday that legal experts expected the university to be unable to recoup its losses from Greenwood and Walsh.

Robert Strauss, professor of economics and public policy at Carnegie Mellon, told the Post-Gazette that he expected the endowment to take beyond the rest of his career to recover, characterizing its downfall due to fraud and recession as “radical.”
The loss assails Carnegie Mellon as a salary freeze looms for the July 1, 2009 through June 30, 2010 fiscal year. The university will also implement campus-wide department cutbacks to adjust to the global downturn.

“It is more likely that the impact, if any, will be felt in future years,” Cohon said in his e-mail statement, referring to the $50 million loss.

Despite circumstances, Carnegie Mellon economics professors, officials, financial aid administrators, and trustees expressed near-unanimous confidence in the university’s financial stability throughout a series of interviews with The Tartan over the past two weeks about the school’s fiscal well-being. It was unclear by press time how much Cohon and other officials who spoke with The Tartan knew about the suit with Westridge, which the Post-Gazette first reported on Wednesday.

“Westridge is an unrelated matter,” Thomas said in response to questions about Carnegie Mellon officials’ recently expressed optimism in the face of a global recession now colliding with a one-time $50 million loss.

“[President Cohon] has reassured us all, via the [e-mail to the campus community], that we are moving quickly and aggressively to protect the university’s assets,” Thomas said.

She did not clarify the extent of officials’ knowledge of the Westridge situation, although several top-level administrators had spoken with The Tartan about the school’s fiscal health one week after the NFA first alerted the university of potential problems with their Westridge investment.

She did reaffirm the confidence expressed by several officials, including Cohon, prior to the Westridge suits in the university’s financial well-being.

She added that, “unlike others on our campus, [President Cohon] has not engaged in speculative comments,” about the combined effects of a global downturn and the Westridge misappropriation on the university’s fiscal stability.

Not including the Westridge losses, a potential 30 percent drop predicted for the year in the endowment’s annual draw would result in a 1.8 percent annual operating budget hole (30 percent of 6 percent), according to Thomas.