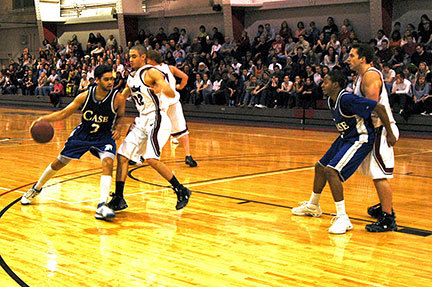 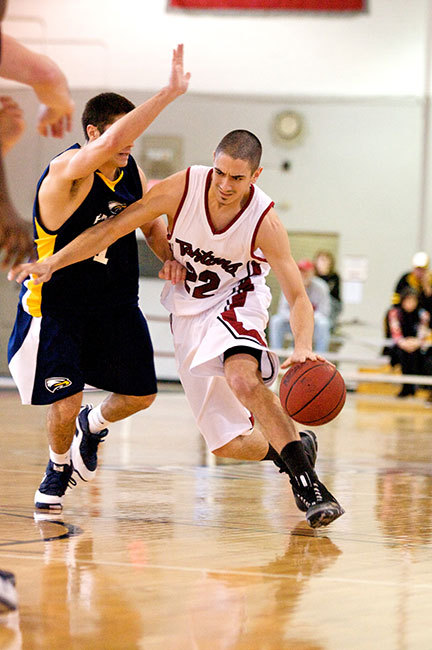 The Carnegie Mellon men’s basketball team had a successful weekend of University Athletic Association (UAA) conference play, coming away with victories over Case Western Reserve University on Friday and Emory University on Sunday at home in Skibo Gymnasium.

On Friday, the Tartans put on a show for the home crowd of over 1000 fans with an 81–60 victory over the Case Western Reserve University Spartans. The Tartans came out ready to avenge last week’s loss at the Spartans’ home gymnasium. Last week, the Tartans hit a dry spell and only shot 37.5 percent from the field, missing seven shots in a row in the first half. However, this week, Carnegie Mellon could not miss and finished the game shooting 53.4 percent from the field and 56.3 percent from the three-point line.

The Tartans came out hot and hit eight three-pointers in just the first half. Senior guard Ryan Einwag was three for three from the arc in the first half, while junior guard Jack Anderson hit three of five; the two ended the half with 13 and 11 points, respectively. Anderson made four shots in a row to put the Tartans ahead, 27–8, with 8:43 remaining in the half. The Spartans battled throughout the first half but could not come within 10 of the Tartans. At the break, the Tartans led 42–31.

The Tartans did not cool down at all during the break, and while the Spartans continued to battle, they could not cut the deficit to less than nine. The Tartans took a 24-point lead after master’s student Jon Wolleben dropped in a layup off an assist from senior Corey O’Rourke.

While the Tartans were not as consistent in their shooting on Sunday, they were able to put the numbers up on the scoreboard to come away with a win over the Emory Eagles. Anderson scored the first points of the game, converting a three-point play after an Emory foul. Fouls seemed to be the demise for the Eagles as the Tartans were in double bonus with 7:06 still to play in the half. The Eagles could not settle into their defensive play the rest of the half and sent the Tartans to the line 14 times in the first half alone. The Eagles capped off their fouls with a personal foul followed by a technical foul, on Emory’s coach, with 4:51 remaining in the half. Einwag was the shooter for both fouls and made three of four, extending the lead to 17.

The second half was similar to the first, and with 14:00 to play, the Tartans were already in bonus shots. With 8:45 remaining in the half, the Tartans caught fire and sank three three-pointers in a row with shots from Durhing, Einwag, and Anderson. With 4:28 remaining, the Tartans took their biggest lead of the game, 86–55. The Eagles could not rally and the game ended 88–61.

Training for the Murphy Cup begins in Philadelphia in March.