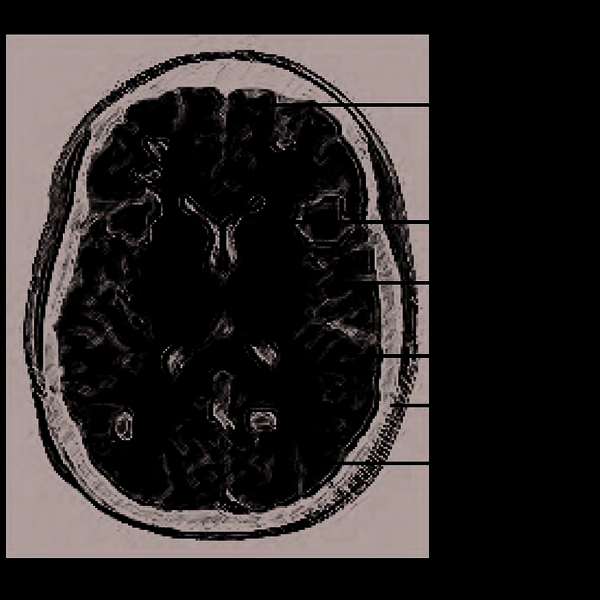 Credit: Hannah Gordon/Art Staff
Editorials featured in the Forum section are solely the opinions of their individual authors.

I try not to use my knowledge for evil purposes. With that being said, fMRImatch.com is probably the best unethical idea I’ve had, ever. Not that there have been many. fMRImatch.com is a dating website where one is matched via the most important component of compatibility: the brain. Ignoring the fact that I have morals, and the fact that I know little about brain imaging, absolutely nothing about online dating, and next to zilch about business and entrepreneurship, I decided to take my brainchild and run with it.

It seems that most dating websites suck. You take some quiz, and wait and see which losers have similar answers on said quiz. I would imagine it feels like you’re being psycho-evaluated, clicking through “strongly agree” to “neutral” to “strongly disagree” buttons. I strongly agree that these quizzes suck.

Without sounding like a textbook, you should know that fMRI is a spiffy new form of neuroimaging that measures the hemodynamic response in the brain. I could tell you more about hemoglobin-dependent measures, cerebral blood flow, magnetic susceptibility, glucose, oxygen, etc., but those are just fancy words for the fact that we stick people’s heads in giant magnets and watch the blood flow through their brain, allowing scientists to get a glimpse inside. Like God. Or McDreamy from Grey’s Anatomy.

What I’m proposing is a remarkably high-resolution way to look at neural structures in the brain for a humanitarian purpose. (There’s nothing more humanitarian than helping people find love.) Experimental subjects — I mean valued customers — would come in for a short scanning session to acquire their neural images. This would be most ideal since fMRI has been noted for its low invasiveness and lack of radiation exposure, which means that unlike other dating sites’ deep probing questions, you will come out unscathed.

In science and medicine — a.k.a. normal, non-sketchy — fields this technology is usually used in, one can take advantage of the fact that fMRI is amenable to event-related design. This means that in addition to getting a structural image of your brain, we can tell you to look at or think about certain things and see which parts of the brain get activated at that point in time. So if the amygdala, the structure responsible for emotion and arousal, gets activated in males, we’re going to assume it’s sex. If the amygdala in women gets activated, we’re going to assume it’s about shoes. Again, very high-tech, very scientifically accurate.

I haven’t yet worked out exactly how we’re going to determine if two brains are compatible. The best I’ve got is to go by some arbitrary standard, pull out a number from midair, and tell people that they are x percent compatible. No need to hire neuroscientists and statisticians to analyze voxel patterns or run ANCOVAs. Like I said, the public is susceptible to being airheadedly swayed.

Since my brilliant brainchild obviously has a lot of kinks, I consulted the best in the field to find out how to make it better. I asked the opinion of a trusted friend who knows a lot about relationships. She glossed over my blood-oxygen-level-dependent explanation of how fMRI works, being more concerned whether pictures of people’s faces were going to be on their profile. I said that this would defeat the purpose of the site, since compatibility is going to be based on scientifically driven neural structure and activation, not how hot people think their peers are, like on sub-par sites such as eHarmony and match.com. She said I was being too dry and should work on the “fuzzy” feeling other sites have.

So in response to that, I remembered that fMRI has a high spatial resolution of 2 to 3 millimeters. This would allow you and your mate to admire the sheer beauty of your brains. This is possible, of course: A business major friend informed me of the business tactic that people feel better when you throw in freebies. Easy — I’ll throw in a couple of free neural images. Successful couples can frame them side-by-side or whatever. You’ll get the love of your life and a free framed picture of your brain! There’s your fuzzy feeling for you.

Lastly, I consulted a fellow neuroimaging colleague whom I dearly trust. He fired questions at me, including what magnitude scanner would produce the best results, the effects of poor temporal resolution and non-localized causality, and the process of backing up data with electroencephalography or magnetoencephalography — basically things I failed to consider, don’t really care for, and am too lazy to figure out.

But we’re not going to accredit the lack of progress on this idea to my laziness. When it comes down to it, I have morals. Like I said, I try not to use my knowledge for evil.