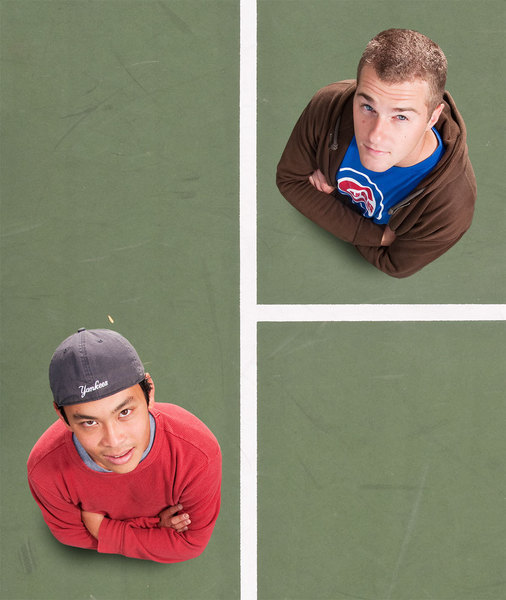 This is not the first time this duo has performed at the playoff level, as they were the regional champions their first year and competed at the NCAA Division III Championships the past two years.

For these two All-American tennis players, the rest of the year could bring even more wins on the court.

For Ljuboja, a native of Highland Park, Ill., Carnegie Mellon was the best of both worlds with a strong electrical and computer engineering program and the chance to play tennis at the collegiate level. Although he upholds that academics and athletics are difficult to mix, his tennis accomplishments and his plans to stay one more year to earn his master’s degree in the university’s IMB program show his ability to manage both.

Ljuboja had also played soccer for most of his childhood and was inspired by Pete Sampras to improve his all-court tennis game. Thankfully for the Tartans, he kept his focus on tennis and continues to have success.

Originally from Wycoff, N.J., Muliawan didn’t place as much emphasis on playing tennis in college as he did on finding a strong mechanical engineering program for his academic pursuits. Admittedly for Muliawan, he has found that the combination of school and sports at the university level is hard at times but actually allows for more time management overall. During what free time he can get, Muliawan enjoys hanging out with friends and taking weekend trips to nearby schools to visit friends from home.

With a strong showing in the fall, Ljuboja and Muliawan can be proud of how their final year is going so far.